“Monroe’s accounts of the rescuers are gripping and valuable. She is a sensitive interviewer who gets the most out of her subjects, and her analysis yields some unique conclusions about the theory of morality.” 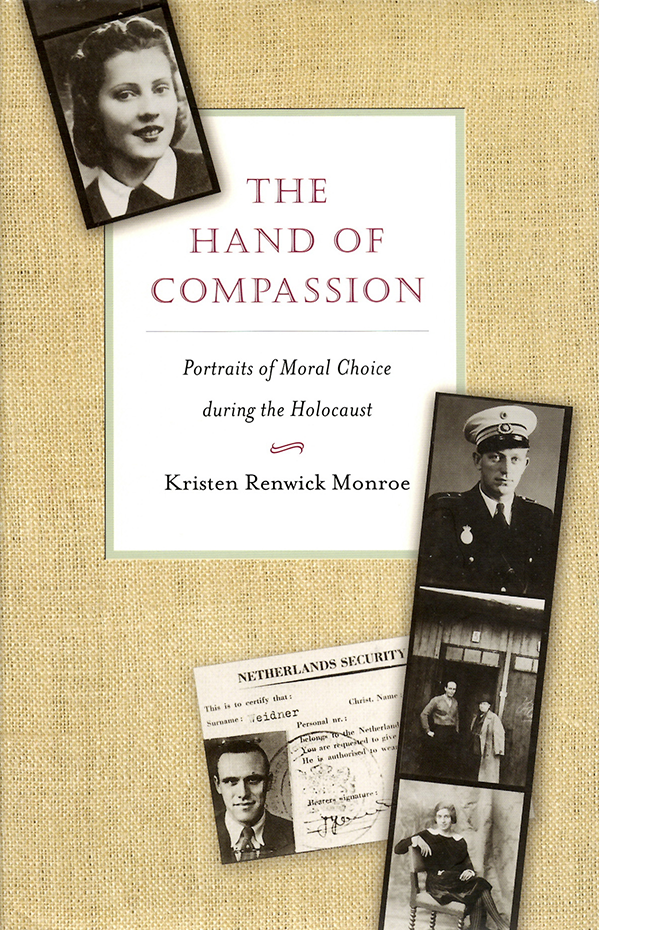 The Hand of Compassion: Portraits of Moral Choice During the Holocaust

THROUGH MOVING INTERVIEWS WITH FIVE ORDINARY PEOPLE who rescued Jews during the Holocaust, Kristen Monroe casts new light on a question at the heart of ethics: Why do people risk their lives for strangers and what drives such moral choice? Monroe’s analysis points not to traditional explanations–such as religion or reason–but to identity. The rescuers’ perceptions of themselves in relation to others made their extraordinary acts spontaneous and left the rescuers no choice but to act. To turn away Jews was, for them, literally unimaginable. In the words of one German Czech rescuer, “The hand of compassion was faster than the calculus of reason.”

At the heart of this unusual book are interviews with the rescuers, complex human beings from all parts of the Third Reich and all walks of life: Margot, a wealthy German who saved Jews while in exile in Holland; Otto, a German living in Prague who saved more than 100 Jews and provides surprising information about the plot to kill Hitler; John Weidner, a Dutchman on the Gestapo’s “Most Wanted List”; Irene, a Polish student who hid eighteen Jews in the home of the German major for whom she was keeping house; and Knud, a Danish wartime policeman who took part in the extraordinary rescue of 85 percent of his country’s Jews.

We listen as the rescuers themselves tell the stories of their lives and their efforts to save Jews. Monroe’s analysis of these stories draws on philosophy, ethics, and political psychology to suggest why and how identity constrains our choices, both cognitively and ethically. Her work offers a powerful counterpoint to conventional arguments about rational choice and a valuable addition to the literature on ethics and moral psychology. It is a dramatic illumination of the power of identity to shape our most basic political acts, including our treatment of others.

But always Monroe returns us to the rescuers, to their strong voices, reminding us that the Holocaust need not have happened and revealing the minds of the ethically exemplary as they negotiated the moral quicksand that was the Holocaust.

Kristen Renwick Monroe is Professor of Political Science and Philosophy at the University of California, Irvine, where she directs the UCI Interdisciplinary Center for the Scientific Study of Ethics and Morality. Her books include the prize-winning The Heart of Altruism (Princeton).