“This is the definitive study of those people who, at great risk to themselves, helped Jews escape during World War II” 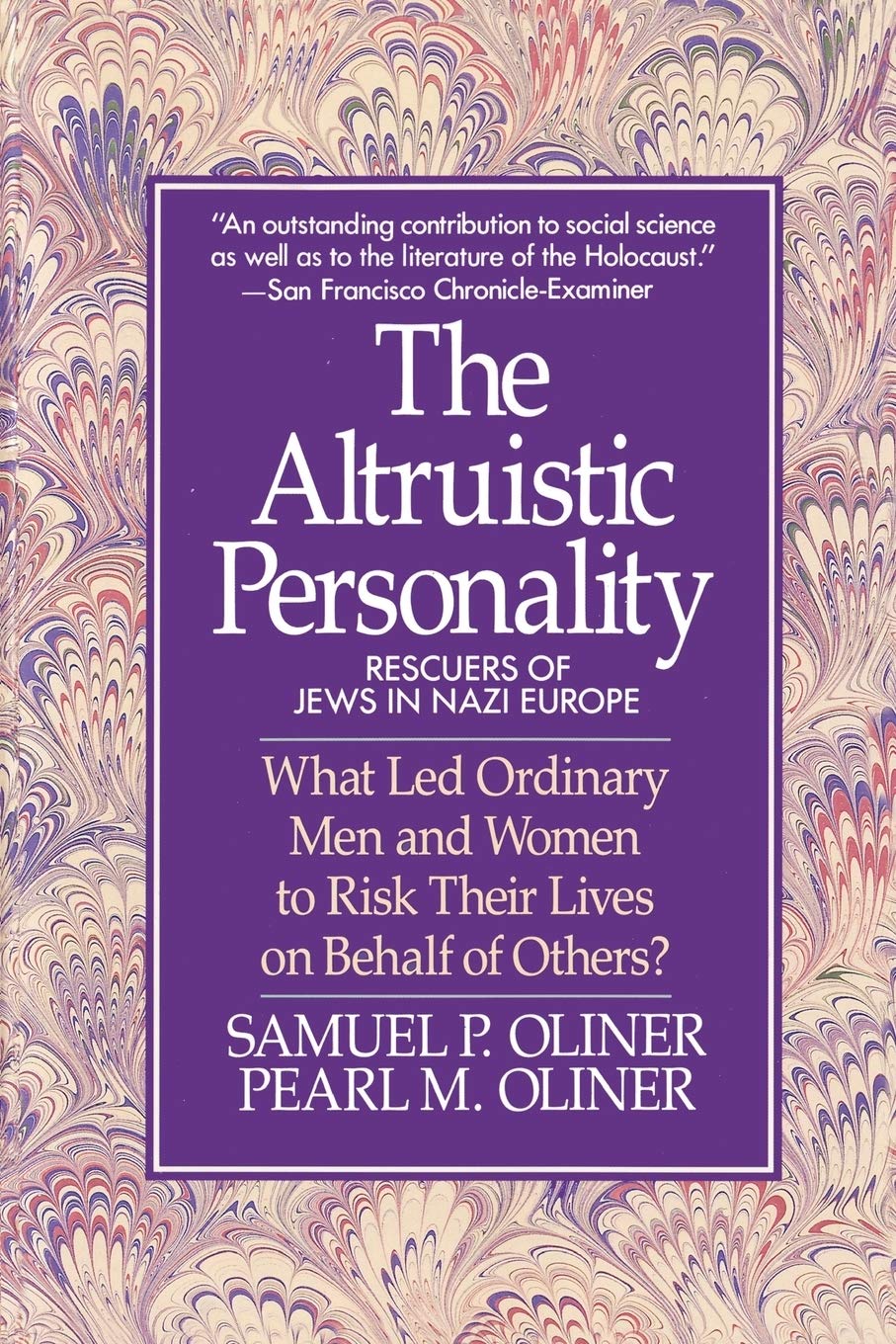 The Altruistic Personality: Rescuers of Jews In Nazi Europe: What Led Ordinary Men and Women to Risk Their lies on Behalf of Others

THE ALTRUISTIC PERSONALITY was a pathbreaking study when first published in 1992. It provided the first major sociological examination of its kind of rescuers during World War II. Why, during the Holocaust, did some ordinary people risk their lives and the lives of their families to help others (even total strangers) while others stood passively by? Oliner, a Holocaust survivor, interviewed more than 700 European rescuers and nonrescuers in his search for answers to these questions.

Samuel Oliner was a Professor of Sociology at Humboldt State University. He survived the Holocaust after escaping from the Warsaw Ghetto with the help of a Gentile rescuer.