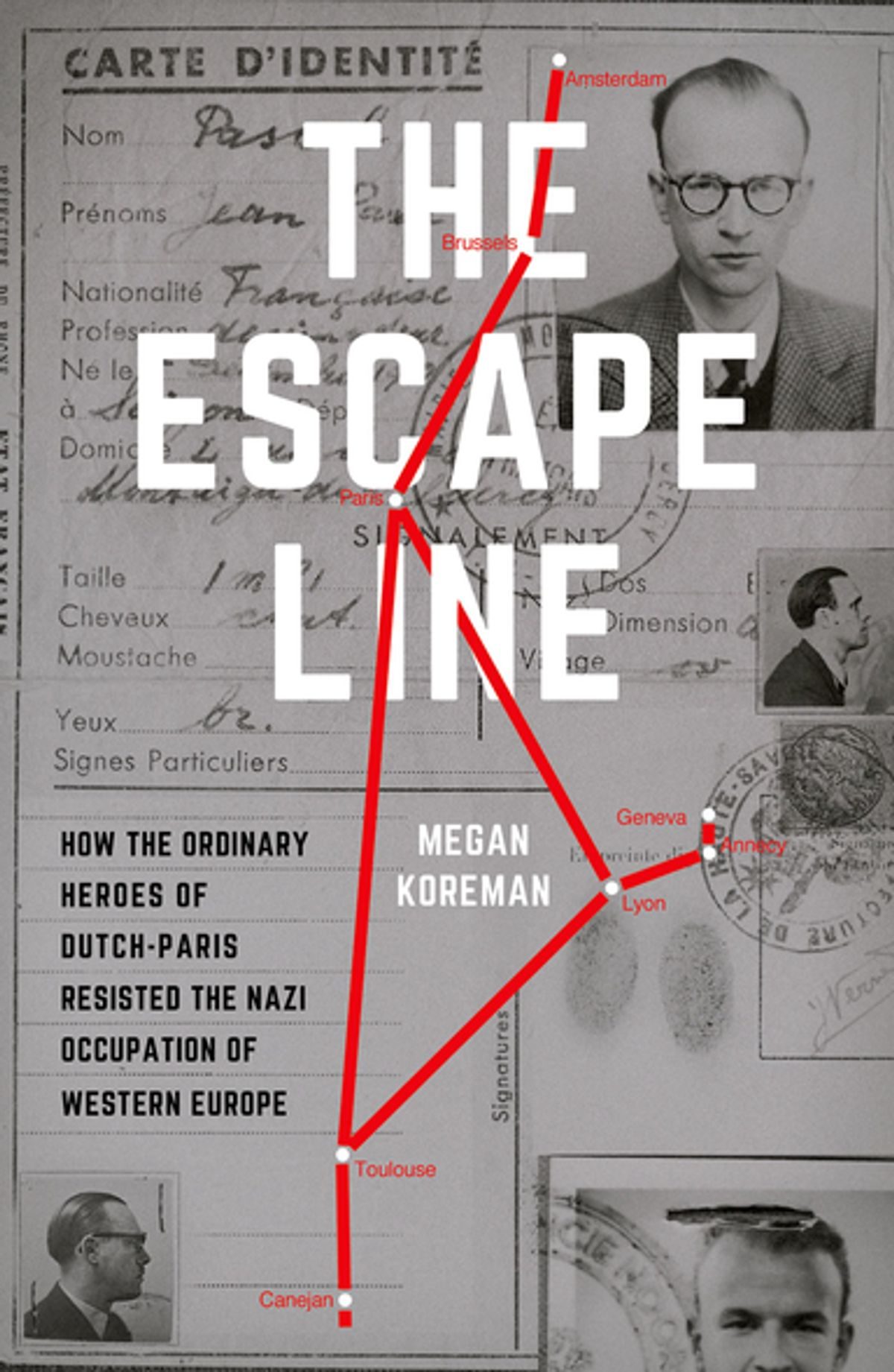 THE ESCAPE LINE by Dr. Megan Koreman was commissioned by the Weidner Foundation in 2009 and made possible with Foundation funding and privileged access to the Weidner Collection of historical documents. It is the most comprehensive and authoritative account of the Dutch-Paris Escape Line that has been published.

Of all the resistance organizations that operated during the war, about which much has been written, one stands out for its transnational character, the diversity of the tasks its members took on, and the fact that, unlike many of the known evasion lines, it was not directed by Allied officers, but rather by group of ordinary citizens. Between 1942 and 1945, they formed a network to smuggle Dutch Jews and others targeted by the Nazis south into France, via Paris, and then to Switzerland. This network became known as the Dutch-Paris Escape Line, eventually growing to include 300 people and expanding its reach into Spain.

Led by Jean Weidner, a Dutchman living in France, many lacked any experience in clandestine operations or military tactics, and yet they became one of the most effective resistance groups of the Second World War. Dutch-Paris largely improvised its operations-scrounging for food on the black market, forging documents, and raising cash. Hunted relentlessly by the Nazis, some were even captured and tortured. In addition to Jews, those it helped escape the clutches of the Nazis included resistance fighters, political foes, Allied airmen, and young men looking to get to London to enlist. As the need grew more desperate, so did the bravery of those who rose to meet it. Using recently declassified archives, The Escape Line tells the story of the Dutch-Paris and the thousands of people it saved during World War II.

Dr. Megan Koreman (Ph.D UC Berkeley) writes, lectures, and teaches on the everyday difficulties and moral dilemmas of civilians caught under Nazi Occupation. Her books include “The Expectation of Justice” (Duke, 1999) about three French towns during the Liberation, and “The Escape Line” (Oxford, 2018) about how 300 men and women rescued thousands of Jews, resisters and Allied aviators from the Nazis. She also publishes a blog about the Resistance at www.dutchparisblog.com. Megan lives in Michigan with her husband and children.